The original company to introduce polyaspartics to the concrete garage floor and commercial markets.

FLEXMAR came onto a patented material that made it possible to successfully do a coating in one day. This was introduced at the 2006 World of Concrete and FLEXMAR has been involved with thousands of floors since then. 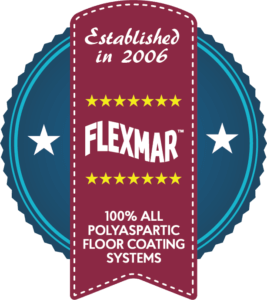 It was determined this patented  1:1 mix ratio polyaspartic material could not be substantiated because of prior art and the patent was a use patent for painting objects such as steel light poles and not for concrete floors.  FLEXMAR  gave up its exclusive rights for this dubious patent and began to develop its next generation of polyaspartic concrete floor coatings.

NextGen is an epoxy-like thermosetting all-polyaspartic product line that offers up to a 25 minute open working time, 0 VOC, virtually no odor and a 1 hour recoat time and/or walk-on-return to service.

The Original Since 2006 Flyer 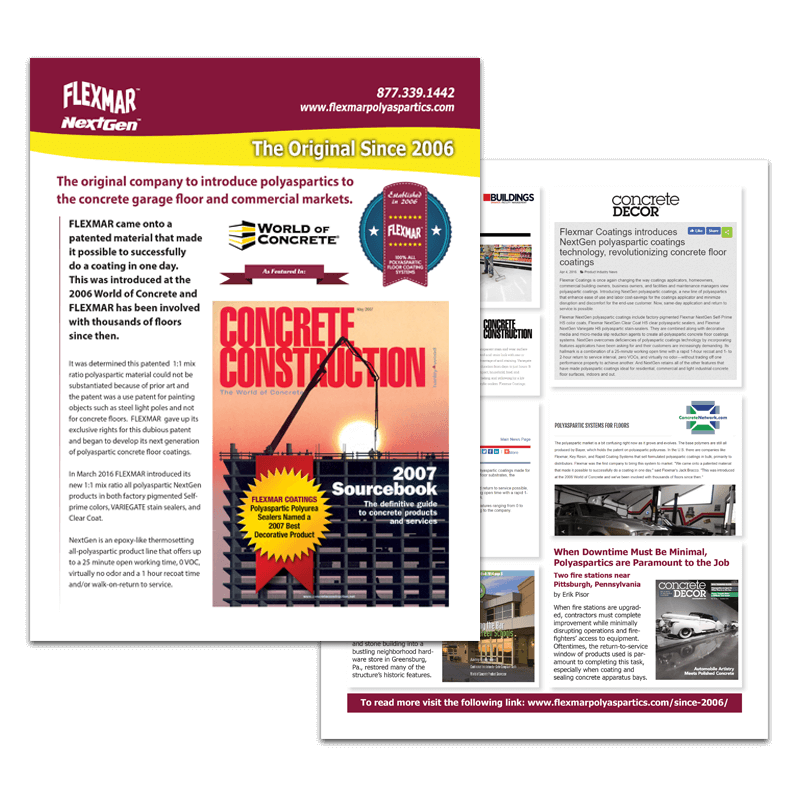 Feel free to browse through these articles to learn more about FLEXMAR Polyaspartics: 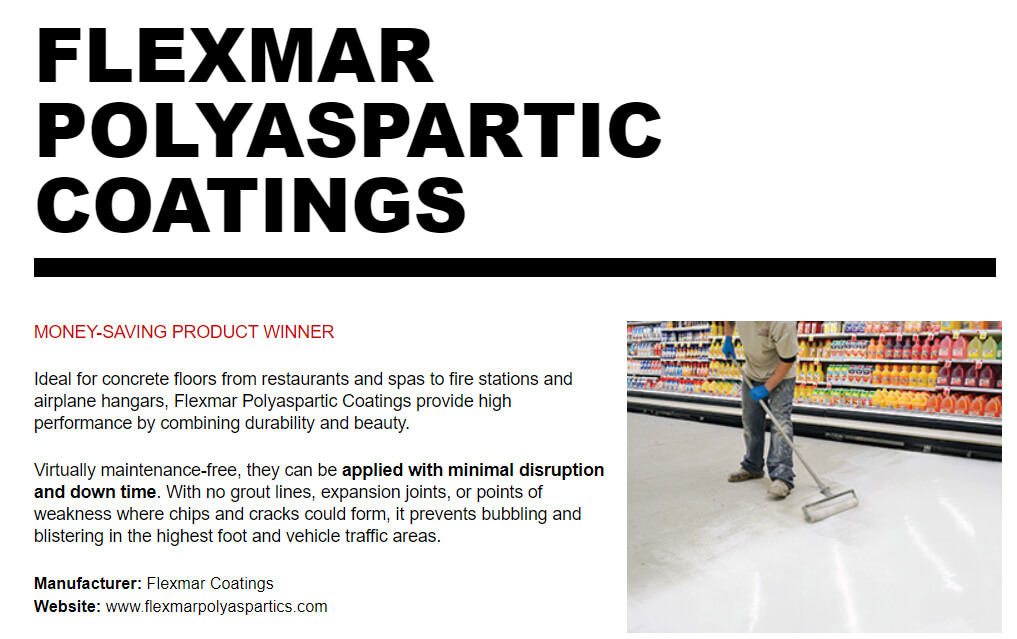 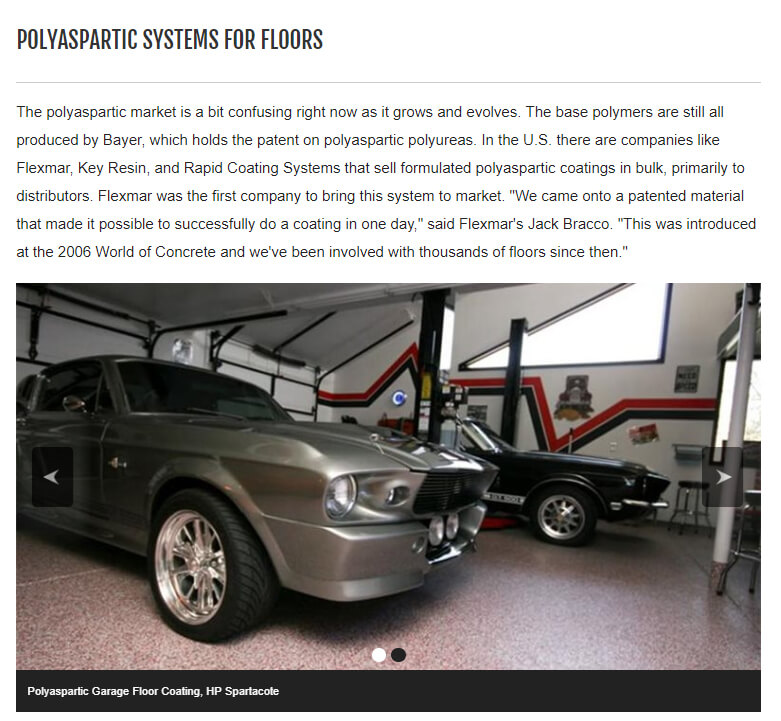 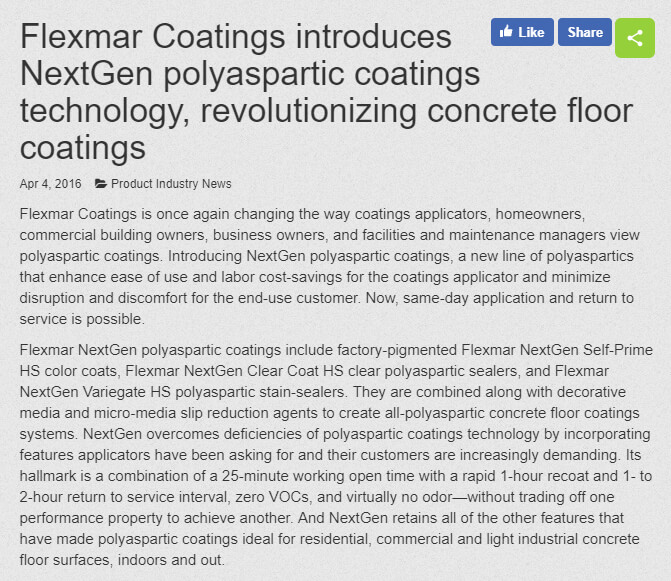 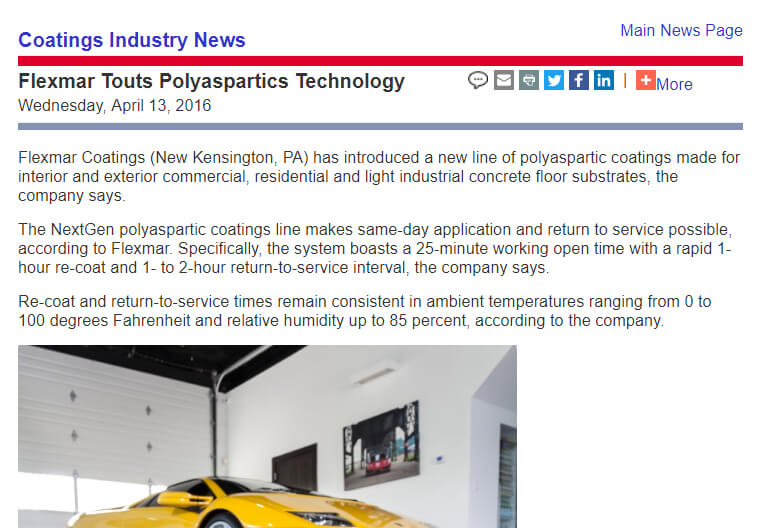 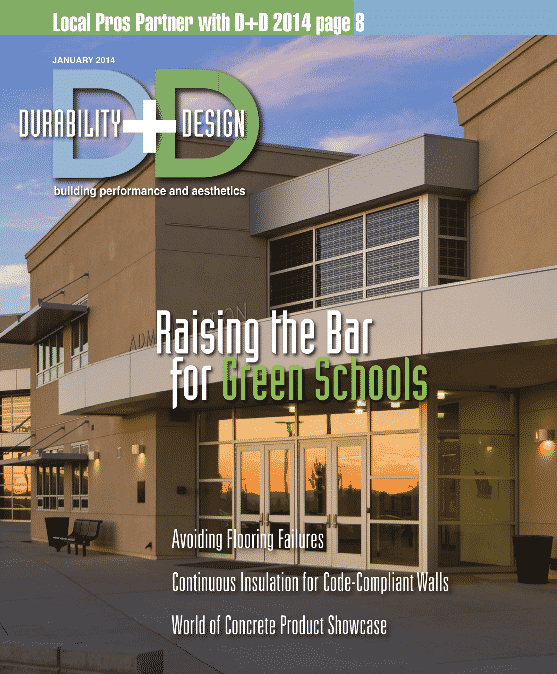 The 2011 adaptive reuse project that converted an abandoned 1926 clay-brick and stone building into a bustling neighborhood hardware store in Greensburg, Pa., restored many of the structure’s historic features.

The 85 years of oil and grease stains on the building’s concrete floor weren’t among them.

In later years, the building served as a Nash Motors car dealership and an equipment rental store — both careers also contributing to concrete floor stains and damage.

More recently it stood empty, dark and abandoned for several years, in danger of demolition.

When Downtime Must Be Minimal, Polyaspartics are Paramount to the Job

When fire stations are upgraded, contractors must complete improvement while minimally disrupting operations and firefighters' access to equipment. Oftentimes, the return-to-service window of products used is paramount to completing this task, especially when coating and sealing concrete apparatus bays.

Because epoxy coatings normally put a facility out of commission for three to seven days, and increasing number of fire stations are hiring contractors who use polyaspartic coatings and sealers that cure in an hour.

This trend is evident in the greater Pittsburgh metro, where two fire halls, and a medical rescue station, recently turned to locally based U-Neek Concrete Coatings and Flexmar, a manufacturer that introduced its polyaspartics to the market 10 years ago. 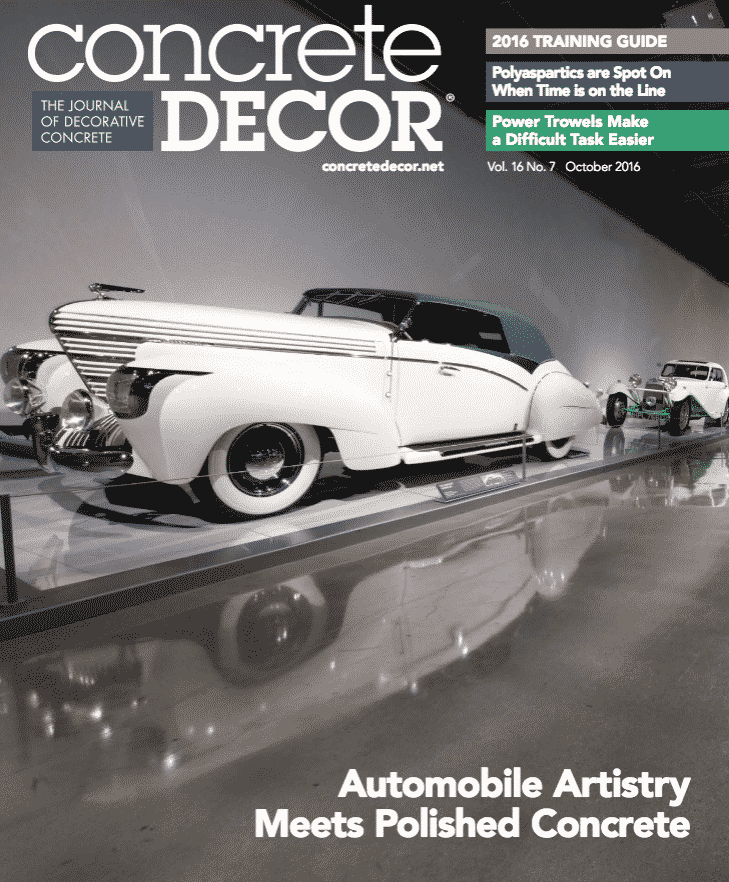 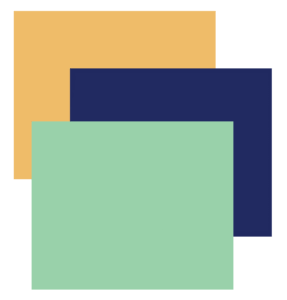 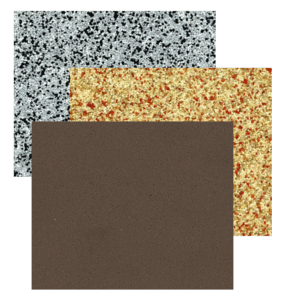 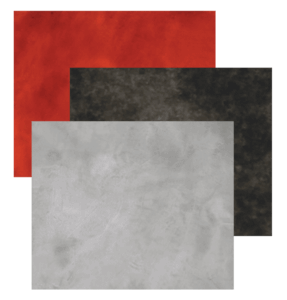 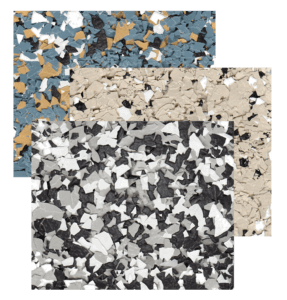 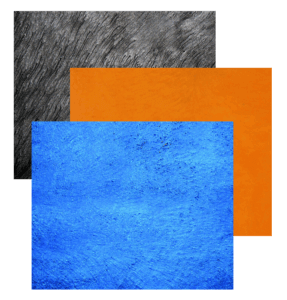 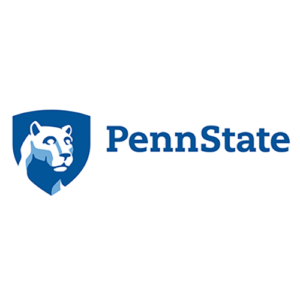 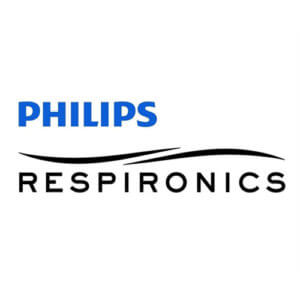 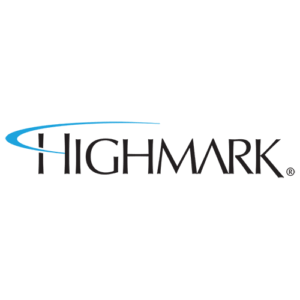 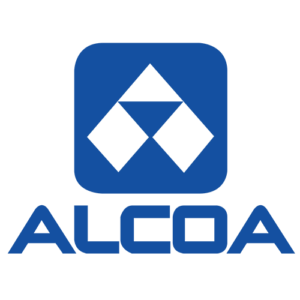 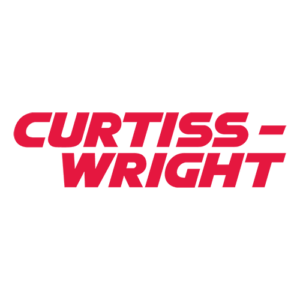 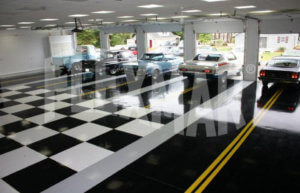 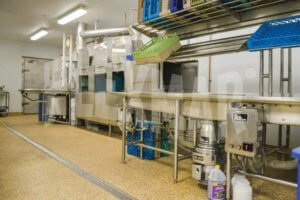 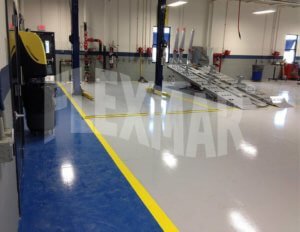 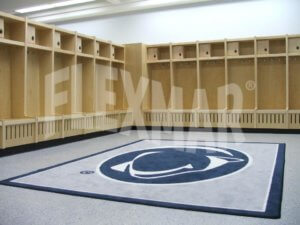 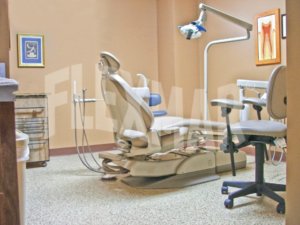 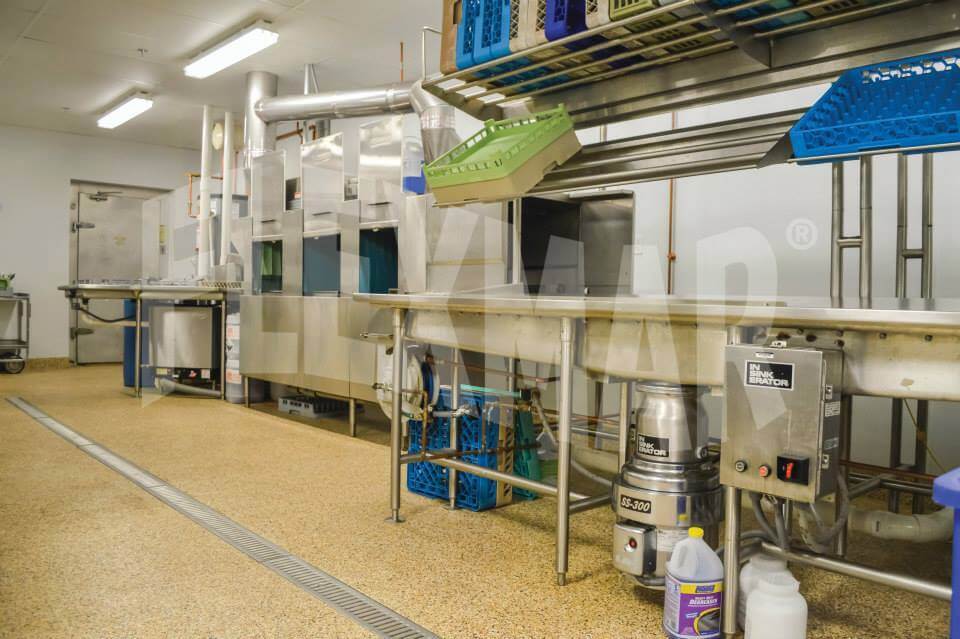 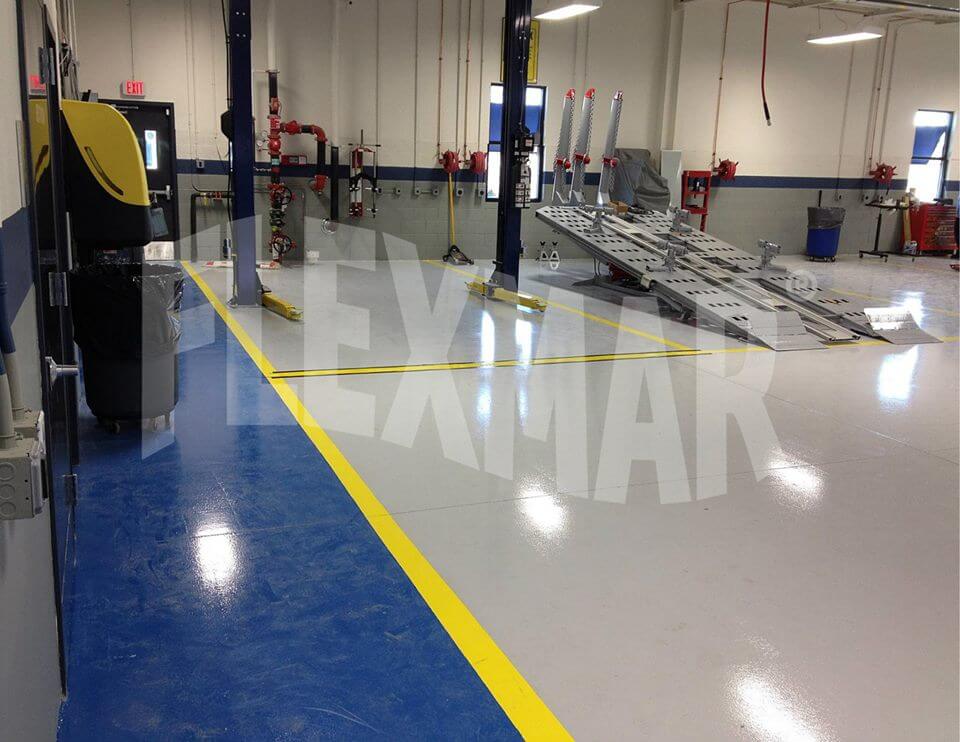 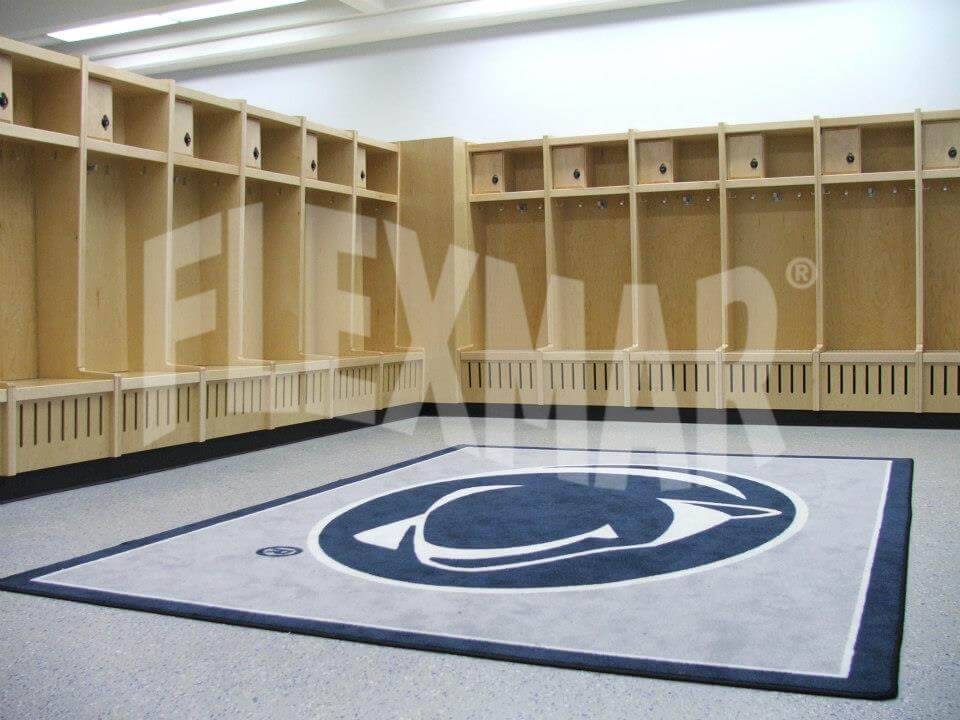 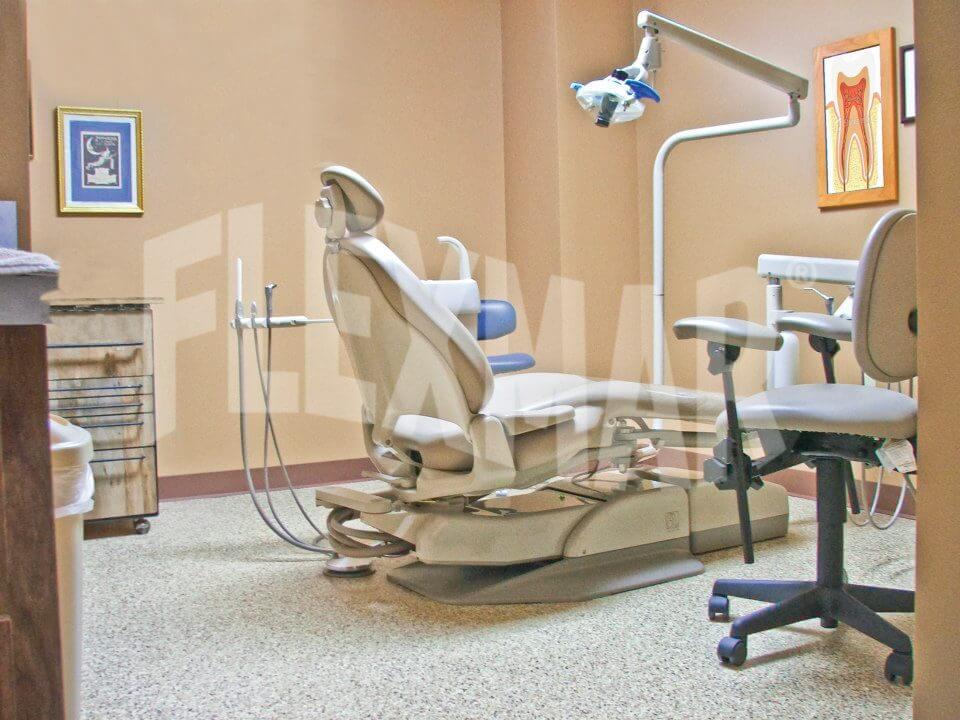 Original Company to Introduce Polyaspartics to Floor Coatings Since 2006